It’s extremely easy to prove that the above is true.

What is a Pandemic?

According to the WHO and the U.S. CDC, a pandemic is a worldwide spread of a new disease that affects large numbers of people. It is an epidemic that has spread over several countries or continents, usually affecting a large number of people.

In its 6-phase system, the WHO describes the different phases as follows:

Following WHO protocols and interpretations, the 2019-2020 coronavirus outbreak is a pandemic.

Business Insider claims that Michael J. Ryan, the executive director of the WHO’s Health Emergencies Program, has said that “if this was influenza, we would’ve called a pandemic ages ago. But he said that ‘we’re reaching that point’.”

Folks, it’s very simple. Don’t let their mind game fool you. Either we are in a pandemic or we are not. When we are, as Ryan claims, then we do not have to “reach that point” anymore. We’re there already.

Furthermore, it is the WHO itself that proves that they are buying time for the pandemic bonds to mature.

The W.H.O. no longer uses a system of six phases, which ranged from Phase 1 — no reports of animal influenza causing human infections — to Phase 6, a pandemic, according to Tarik Jasarevic, a spokesman for the W.H.O. “Groups in various organizations are working to define pandemic for this novel virus, which could take some time,” Mr. Jasarevic said. – New York Times

Enough already with these attacks on the public’s sanity!

If the WHO is trying to destroy itself by creating more confusion and panic then it is doing a wonderful job, which is fine for us. But not at the expense of those who are already being oppressed and enslaved. 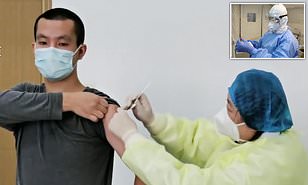