Arthur F. Wayne, ITNT NEWS – I wrote the 9 Stages of Genocide to make the point that we are not playing games in these, well, potentially lethal information wars.

When I look at how the alt media, in all its different forms (see our “Source” list over at IntelCaster), has for a long time, by now, been fixated on mainstream jive, I can’t help but see that basically none of them, except for the few that are listed under “Safe”, are actually fighting the fight.

(When I write “our source list” I mean just that. “Our”. Mine and yours. I create my content not just for myself but also for “Trenchers” and all other remaining rebel outposts.)

Because lets face it, the fact that we can actually document how a real-life genocide is taking shape clearly shows that we have long passed the stage of alerting the public about the “new world order” and “globalists” (god, I HATE those phrases. What do they even mean? When you really think about it.).

We are talking about an extermination of US, not them… US. Although this extermination agenda is far from completed, it can not be anything else but our main concern. Yet, I don’t see this reflected in the reporting of the alt media outlets, which all claim to be fighting against… you get it… the “new world order” and “globalists”.

So, lets make it a habit to get straight down to the bottom line, that’s what the 9 Stages of Genocide do. It skips all the noise and static and informs you about what the deal is. And it’s a horrible deal.

I’m not going to sit here watch all the fluff passing by while “they” are advancing their genocidal agenda.

Who fucking cares what Trump or Jinping said or did. What places they went and how they shook hands. They are not going to, nor are they willing to, halt or sabotage this genocidal agenda. That much I can guarantee you (not that you need me for that, to know this).

What’s the point of continuing what has not been working? There’s absolutely no point to it at all – AT ALL.

Damn it people. When will you (I’m not addressing Trenchers here because you already understand it and are key allies) see that the “new world order” and the “world government” are already here? That the “globalists” are already in the driver’s seat?

Look on your pack of cigarettes or rolling tobacco, if you smoke. The “smoking kills” sign is right there and it’s the freaking same all around the world, in pretty much every country. Only a world government can achieve this. That’s not the work of just a secret cabal. It’s called the world government, with the UN as its mouthpiece.

How about CO2 taxes? They’ve been implemented and are being collected for a very long time already? Who do you think is responsible for that? It sure isn’t the “globalist insiders” who are trying to create a world government because it’s already there. It has been created already.

How about this whole coronavirus scam. Surely, only an active world government can organize something on this scale. From stalling the declaring of a pandemic (see Larry Summers his involvement), while “official” numbers indicate that a pandemic is pretty much what we are in right now (for a few weeks already), to lacing the ‘news’ wires with “33” (for whatever reason their sick and perverted minds want this to be so).

Unless a world government (that new world order) is in place, it would be impossible to pull all this off.

This is how the true Resistance has separated itself from the ‘chaff’. By knowing and telling what is not supposed to be known and told.

If I was completely wrong, and therefore would only be making a fool out of myself, how, then, is it possible to document the existence of a “monostream media”? Think about it. How would that even be possible if it didn’t exist? Yet, here we are.

If we, the true Resistance, are so very wrong (and evil, because we also dare to uproot controlled opposition outposts) then, please, tell me why none of the monostream media outlets have the guts to “debunk” anything and everything that we have been pointing out?

We are at war in a very different way than is being told in alt media circles and echo chambers.

This is one of my war stories and I hope that you too will stand shoulder to shoulder with me, as you tell me everything about your war stories on the frontlines of the 21st century information wars. 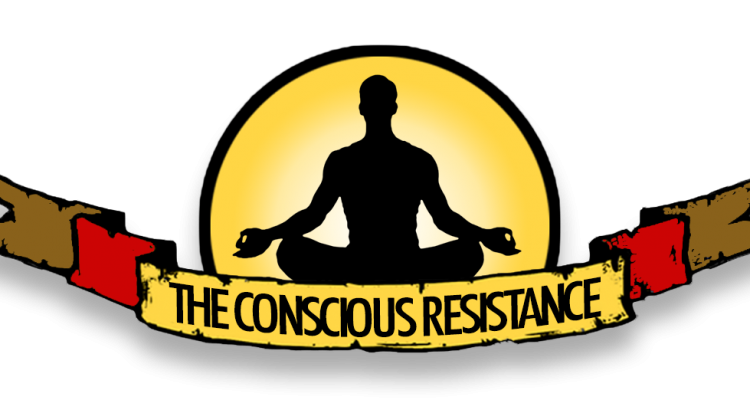 Creating a Stepping Stone to Omnicracy