Update 2020/1/27: A reader pointed out that the Abdullah Qardash persona its predecessor – al-Baghdadi – had been killed several times, according to different news outlets. Indeed, at least 4 times has it been reported by the news media that al-Baghdadi was killed in airstrikes.

Arthur F. Wayne, INTELCASTER – On January 20, The Guardian published what is supposed to become the new official narrative for ISIS – and specifically for its “new leader” Abdullah Qardash (who has been dead since 2017). Below you will find that Guardian article for future reference, in case it gets removed or edited by Martin Chulov or Mohammed Rasool, the authors of the article.

Before dissecting the newly scripted narrative and the Guardian’s article, lets make sure that we are talking about the same person. Lets first establish once and for all that “Abdullah Qardash” is the same person as “Amir Muhammad Sa’id Abdal Rahman al-Mawla” and “Mohammed Abdul Rahman al-Mawli al-Salbi”.

UPDATE: By listing Qardash at the Rewards for Justice program, in august of 2019, the Pentagon and the Mossad revealed that they were hatching a new false ISIS narrative. Evidently, all of this has been prepared and scripted long in advance. That’s exactly what I would expect in this highly advanced information war that is being waged against the public.

However, that same De Telegraaf article is now dated “21 jan. 2020”. Ralph Dekkers, the author of De Telegraaf article, or someone else at De Telegraaf, changed the date of publication and the reason why is because he, or they, wanted to provide support for the new narrative about ISIS its “new” boss. But, instead, De Telegraaf has made my work easier. It is now much easier to shred the newly invented ISIS story line.

Notice also that De Telegraaf, or Dekkers himself, added Qardash’s alternative name “Amir Mohammed Abdul Rahman al-Mawli al-Salbi” to their “January 21”, redated, article. Al-Salbi, thus, will be the name that they are going to use for the new cycle of manufactured ISIS propaganda (unless I manage once again to derail their deceptions, then they’ll have to come up with something new – again).

On January 20, 2020, De Telegraaf published an article referencing The Guardian’s article, published the same day: “Isis Founding Member Confirmed by Spies as Group’s New Leader” (the article that is published below my report for today, for future reference).

Now that we’re sure that we are talking about the same person, Qardash a.k.a. al-Salbi, lets shred the Guardian’s latest LIES about Islamic State (ISIS).

The Guardian: “The new leader of Islamic State has been confirmed as Amir Mohammed Abdul Rahman al-Mawli al-Salbi, according to officials from two intelligence services.”

The Guardian claims that this information comes from 2 intelligence services, yet it can’t provide the names of those services – for obvious reasons. There is no such information that is TRUE. That information is simply false, it’s pure disinformation. If they would have provided names of the intelligence services other journalists would also contact those services in their efforts to get to the bottom of these deceptions. The Guardian and its apparatchiks, Martin Chulov and Mohammed Rasool, know this of course. They are not stupid, they are just very loyal to the information war machinations that pay them their salaries every month.

The Guardian: “a fuller picture of Salbi has been pieced together by regional and western spies, placing him at the centre of Isis decision-making – and that of its forerunners – and portraying him as a hardened veteran in the same vein as Baghdadi”

The correct wording here is “the Pentagon and the Mossad have manufactured an identity called ‘Salbi’, placing the two intelligence services at the centre of Isis decision-making”.

The Guardian: “In 2004 he was detained by US forces in Camp Bucca prison in southern Iraq where he met Baghdadi.”

At least more accurate would be: “In 2004 he and Baghdadi became CIA-Mossad assets with the aim to topple the 7 countries that US Army General Wesley Clark talked and wrote about.”

In Clark’s book Winning Modern Wars he described his conversation with a military officer in the Pentagon shortly after 9/11 regarding a plan to attack seven countries in five years (New York: Public Affairs, 2003, page 130): “As I went back through the Pentagon in November 2001, one of the senior military staff officers had time for a chat. Yes, we were still on track for going against Iraq, he said. But there was more. This was being discussed as part of a five-year campaign plan, he said, and there were a total of seven countries, beginning with Iraq, then Syria, Lebanon, Libya, Somalia, Sudan and finishing off Iran.”

Clearly, all of them are DELIBERATELY DECEIVING YOU! Including the United States government and their “Rewards for Justice” program where al-Salbi (Abdullah Qardash) is listed as “Amir Muhammad Sa’id Abdal-Rahman al-Mawla”.

Interestingly, also IntelNews.org has chosen to parrot the false narrative – while at the same time, seemingly, being completely unaware (or they are deliberately deceiving the public) that al-Salbi is already dead.

IntelNews: “Western intelligence agencies have reportedly confirmed that a non-Arab is now leading the Islamic State for the first time in the organization’s history. […] On October 27, 2019, Newsweek magazine reported that the militant group, which is also known as the Islamic State of Iraq and Syria (ISIS), had appointed a man known as Abdullah Qardash (pictured) at its helm. According to the magazine, Qardash’s name was sometimes spelled in English as Karshesh. Additionally, he was sometimes referred to by his ISIS moniker, Hajji Abdullah al-Afari. […] The Guardian reports that Western intelligence services have concluded that the man referred to as “Abdullah Qardash” in October is indeed the new leader of ISIS. The paper said on Monday that the new ISIS leader’s birth name is Amir Mohammed Abdul Rahman al-Mawli al-Salbi.”

IntelNews, according to Coastal Carolina University, is “an ACI-indexed scholarly blog that is cataloged through the United States Library of Congress.” 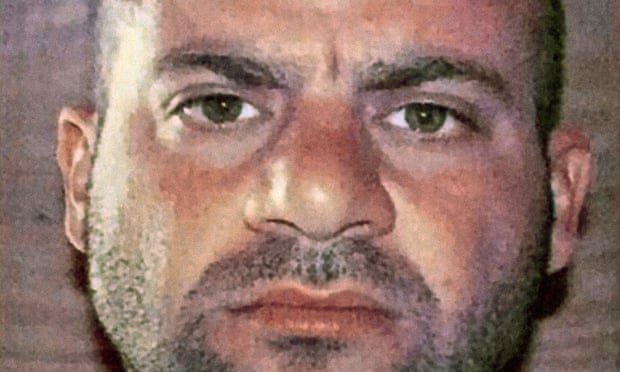 The Guardian, 2020/1/20 – The new leader of Islamic State has been confirmed as Amir Mohammed Abdul Rahman al-Mawli al-Salbi, according to officials from two intelligence services. He is one of the terror group’s founding members and has led the enslavement of Iraq’s Yazidi minority and has overseen operations around the globe.

The Guardian has learned that Salbi was named leader hours after the death of Abu Bakr al-Baghdadi in October. The name that the group gave for Baghdadi’s replacement at the time, Abu Ibrahim al-Hashimi al-Quraishi, was a nom de guerre not recognised by other senior leaders or intelligence agencies.

In the three months since the raid that killed Baghdadi, a fuller picture of Salbi has been pieced together by regional and western spies, placing him at the centre of Isis decision-making – and that of its forerunners – and portraying him as a hardened veteran in the same vein as Baghdadi, unflinching in his loyalty to the extremist group.

Salbi is considered to be one of the most influential ideologues among the now depleted ranks of Isis. Born into an Iraqi Turkmen family in the town of Tal Afar, he is one of the few non-Arabs among the leadership.

He is also known by the nom de guerre Haji Abdullah, and in some circles as Abdullah Qardash – although Iraqi officials suggest the latter was a separate Isis figure who died two years ago.

Salbi, as intelligence officials now know him, rose through the ranks helped by his background as an Islamic scholar and gave religious rulings that underwrote the genocide against Yazidis and the emptying of the Nieveh Plains in northern Iraq during the height of the Isis rampage. Salbi holds a degree in sharia law from the University of Mosul. In 2004 he was detained by US forces in Camp Bucca prison in southern Iraq where he met Baghdadi. He is believed to have at least one son.

Before Baghdadi’s death in a US military raid in north-west Syria on 27 October, the US state department put a $5m bounty on Salbi’s head and on two other senior members of the group. Salbi was touted as a potential replacement for the ailing Baghdadi in August but confirmation of his appointment took several months to secure.

Since then he is understood to have been trying to consolidate the new Isis leadership, nearly all of whom apart from Salbi himself are drawn from a new generation who were too young to play roles in Isis’s founding battles against US forces from 2004 or in the Iraqi civil war that followed.

Isis is yet to regain anything like the juggernaut-like momentum that led to it threatening the regional order after Baghdadi proclaimed himself a caliph of the Islamic world in mid-2014. However, it has shown signs of regrouping since it lost its last foothold of land in the deserts of eastern Syria in March last year.

Kurdish forces in northern Iraq have warned since last summer of an increase in attacks in the centre and north of the country. Isis claimed to have carried out 106 attacks between 20 and 26 December to avenge the deaths of Baghdadi and the Isis propaganda chief, Abu Hassan al-Muhajir, on the same day.

“Their rural networks remain very much intact; after all, Isis members in Iraq still receive monthly salaries and training in remote mountainous areas. That network allows the organisation to endure, even when militarily defeated.”

The hunt for Salbi has extended to Turkey where his brother, Adel Salbi, is a representative in a political party called the Turkmen Iraqi Front. The new Isis leader is thought to have maintained connections with his brother until he was named as leader.

Intelligence officials have little insight into his whereabouts but suggest he is unlikely to have followed Baghdadi to Idlib province and would have preferred to stay in a small band of towns to the west of Mosul.

The city of Mosul itself has been a refuge for what remains of the group’s leaders and rank and file, who have attempted to melt back into communities that are steadily rebuilding after five years of war and dislocation.

Another senior Isis figure who used religious credentials to offer rulings, Shifa al-Nima, was arrested last week in a Mosul suburb. He was taken to a detention centre on a flatbed truck as he weighed 254kg (nearly 40st) and was unable to walk.

Iraqi officials said Nima regularly ordered the execution of clerics and security officials who did not abide by the rigid decrees of the organisation.

Across the border in Syria, officials are still struggling to contain what British, French and other European officials regard as the biggest residual threat posed by Isis – two large detention centres set up to house members of the group and their families who fled its last redoubt.

Al-Hol and al-Roj camps, controlled by Syrian Kurdish forces, remain hotbeds of extremism. Corners of al-Hol camp in particular remain off-limits to security forces and there have been widespread reports of hardline religious instruction being given by female members of the group regarded as irreconcilables. Kurdish sources have spoken of indoctrination taking place and other members of the camp being intimidated and harassed by hardliners.

What to do with the foreign Isis prisoners in Syria, thought to number around 2,000, has vexed European officials who fear both a mass breakout from overstretched prisons and the political consequences of allowing citizens who had travelled to join Isis to return home.

Britain has stripped citizenship from several of its citizens, including Shamima Begum who fled the UK for Syria when she was 15. The US has done the same to Hoda Mothana, another so-called Isis bride, who was captured in western Syria in January last year. 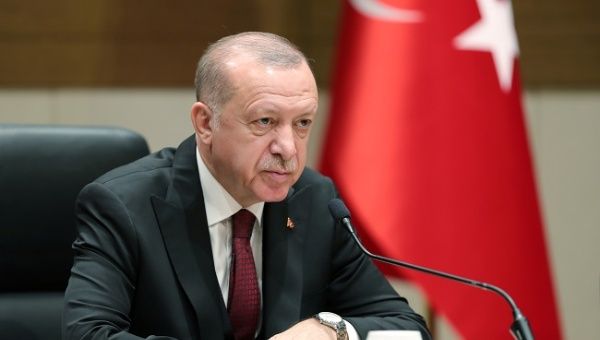